All Differences between var and let in JavaScript ?

Home » All Differences between var and let in JavaScript ?

All Differences between var and let in JavaScript ?

What are All The Differences between var and let ?

What is ‘var’ ? It is the keyword used to declare a variable in JavaScript.

What is ‘let’ ? It is also a keyword used to declare a variable in JavaScript, which was introduced in the ES6 standards.

To answer the above question, what we need to understand is, traditionally we used to have several problems in ES5 JavaScript. Though some of them can be taken as the features of JavaScript,  they can become a very big nuisance, especially if you are not aware of them.

All the above things forced ECMA to come up with a new set of standards, ES6, which is, not only solved most of the issues that were present in its earlier standards, but also made it more similar to other programming languages.

One of the keyword introduced to solve the earlier issues was ‘let’.

Now, let us find out, what were problems with ES5 JavaScript and how ‘let’ solves them. 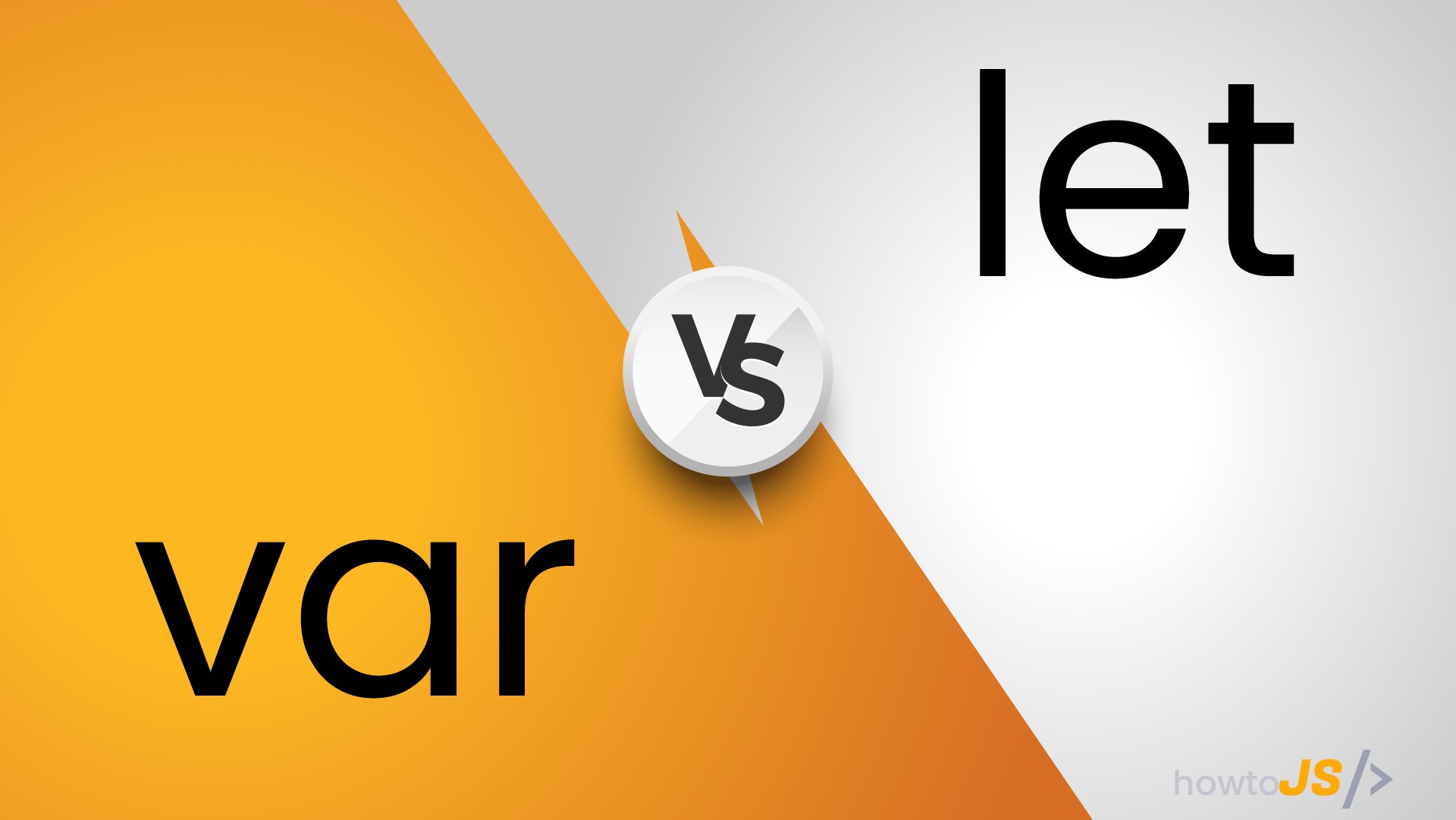 Have a look on the following code

In most of the programming languages a similar program prints value 100 to the console. But in JavaScript, we get 5.

The reason for getting 5 in the console is, we used to have Only two scopes in ES5 JavaScript. One being Global scope and the other is Functional Scope. Since, we declared a variable inside ‘for’ loop which do not have its own scope, will overwrite a variable with same name in the Global scope, if declared earlier. Now the variable ‘x’ inside the ‘for’ loop is overwriting the global variable.

Since our example contains only 3 lines of code, its easy to identify the issue. This can be a big problem if your code is too lengthy in which you might have declared a variable at one place and somewhere down in the line unknowingly might have used same variable name in any loop or conditional statement. This can be a even bigger problem if you have imported some others JavaScript and you have overwritten it.

This problem can be solved by using the new keyword ‘let’ which provides block scope in ES6 JavaScript.

We can access a variable declared by using the keyword ‘var’ even before creating it.

In the above example, we are getting undefined for the variable ‘x’. It happens due to the concept known as Variable Hoisting in JavaScript. Though it may be useful in few scenarios, mostly we are not supposed to access a variable before even creating it.

Attaching to the window object

When working with the client side applications, browsers automatically attach the variables declared with the keyword ‘var’ to the global ‘window’ object. It do not happen with the keywords defined with ‘let’ keyword.

Note that the above example do not work in Node JS, as we will not have ‘window’ (global) object in Node JS.

One of the major advantage of JavaScript (which is also the core concept behind node js) is the way it handles the events using event pool. This ability can also create confusion among new JavaScript developers. Consider the following example

In-order to solve the above problem is ES5, we need to use ‘Closures’ in JavaScript.

Instead of understanding how JavaScript handles events, closures, we can simply use let instead of var in the for loop, which will internally create closures and gives us the correct answer.

ES6 Solution for the above problem:

By using the ‘var’ keyword, we can declare same variable as many times as we want, but with ‘let’ JavaScript throws “SyntaxError: Identifier ‘yourVariable’ has already been declared”

If you know any other difference between ‘var’ and ‘let’ keywords in JavaScript, please let us know through a comment.